Inclusiv invites you to participate in our next Town Hall call. This month we'll dive into the possible implications of an forthcoming NCUA subordinated debt rule on secondary capital investees, including applicants to ECIP. The rule would grandfather in all ECIP applicants with secondary capital plans that are approved in 2021, yet leaves open the question about the term of the capital, specifically the ability to extend the term beyond 20 years. These changes could have harmful consequences for community development finance and hamper the effectiveness of COVID-19 relief efforts. In response, Inclusiv submitted our comments to the NCUA expressing concerns from our members regarding the rule scheduled to take effect on January 1, 2022.

Join us for a facilitated conversation with Martin Eakes, CEO of Self-Help CU; Luis Pastor, President/CEO of Latino Community CU; and Hank Hubbard, President/CEO of One Detroit CU who will explore the implications of these developments. In addition, Bill Bynum, CEO of HOPE (Hope Enterprise Corporation, Hope Credit Union and Hope Policy Institute) has been added as a speaker!

Please send all questions in advance to Jules Epstein-Hebert, Director of Membership, at jhebert@inclusiv.org before Monday, October 11 at 5 PM ET.

This session is part of the monthly Inclusiv Town Hall webinar series. If you are registered for this series, you'll already have access to the next Town Hall session. 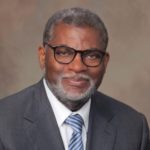 Bill Bynum has worked to advance economic opportunity for disenfranchised populations for more than three decades. He began his professional career in North Carolina by helping to establish Self-Help, a pioneer in the development finance industry, and later built nationally recognized programs at the NC Rural Economic Development Center. In 1994, Bill moved to Mississippi to become the founding CEO of the Enterprise Corporation of the Delta, and in 1995 organized Hope Community Credit Union. Today, HOPE (Hope Enterprise Corporation, Hope Credit Union and Hope Policy Institute), is a family of organizations that provides financial services; leverages private, public and philanthropic resources; and engages in policy analysis to fulfill its mission of strengthening communities, building assets, and improving lives in economically distressed parts of Alabama, Arkansas, Louisiana, Mississippi and Tennessee. Since 1994, HOPE has generated more than $2 billion in financing that has benefitted more than one million people in of the nation’s most impoverished regions. 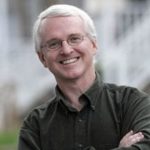 Martin Eakes co-founded Self-Help, a community development lender, in 1980. Self-Help has provided $7 billion in financing to more than 85,000 homebuyers, small businesses, and nonprofits. Self-Help reaches people who are underserved by conventional lenders—particularly persons of color, immigrants, women, rural residents, and low-wealth families. Self-Help has 50 branch offices in North Carolina, California, Illinois, Florida, South Carolina, Virginia, and Wisconsin. Martin helped establish in 2002 an affiliate of Self-Help, the Center for Responsible Lending, which battles predatory mortgage and payday lenders across the country and fights to protect homeownership and family wealth for working families. He was designated “the greatest enemy in the world” to the 450% interest rate payday lenders, which Martin considers one of his most memorable and significant honors. 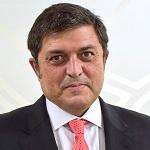 Luis Pastor first joined Latino Community Credit Union in the year 2000 just weeks after its founding. He started working at the credit union as a volunteer, and soon thereafter the board of directors decided to bring him on as the Credit Union’s first President and CEO. Under Luis’s leadership, LCCU has seen its membership grow to more than 105,000 members, provided more than $1.3 billion in community development financing, and accumulated more than $680 million in assets. Since its founding, LCCU has received more than 30 awards for its impact.

Henry H. (Hank) Hubbard is the President/CEO of One Detroit Credit Union (1DCU). Since becoming CEO in 1991, he has focused on expanding 1DCU’s presence in the community and growing the Credit Union’s product offerings, with an emphasis on financial empowerment and inclusion. Among his recent innovations are an auto loan bailout, which later became Refi My Ride: a loan refinancing program which has saved Detroiters more than $5 million on their auto loans by slashing interest rates in half. Another is My Pay Today, which is a payday lender alternative which saves members over $1 million/year in fees. Hank serves on the board of the Eastside Community Network and is Treasurer of the board for the Detroit CDFI Coalition. He is also the Chair of the Metro West Chapter Community Involvement Committee for the Michigan Credit Union League (MCUL), the co-chair of the MCUL Awards Committee, and a member of the MCUL Metro West Chapter Executive Committee.