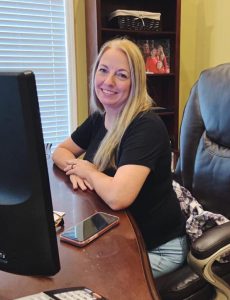 “It's a good feeling when I put my head on the pillow at night, being able to help someone who needed a loan but who may not have perfect credit history.” - Kimberly Nichols, CEO of Phenix Pride FCU in Phenix, AL

When Phenix Pride CEO Kimberly Nichols joined Phenix Pride, it was “just in survival mode. We've done a lot since then,” she remarked. “We got a community charter and we built a building.” With the support of a progressive board of directors that is readily open to new ideas, she has brought the one-time hospital credit union from $2 million in assets to become a community-wide institution with more than $10 million in assets and a membership of 2,000. “It's a very high poverty county," says Nichols "and we serve people of lower means.”

The credit union makes small loans that most banks shun, especially to local start-up entrepreneurs. Phenix Pride FCU will make a loan to “the retired guy who wants to do a yard business, or someone who wants to start a hair salon. It doesn't take much money at all,” says Nichols, “but they still can't get it from banks--especially if they have less than perfect credit." 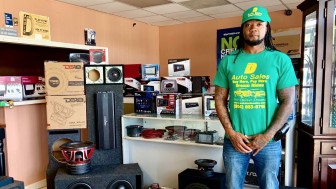 Member Frederick Cochran, a Navy veteran of 14 years, took out a small-business loan in 2007 to fund his dream of selling custom wheels and tires, car audio, and furniture.

Since receiving his first loan, Mr. Cochran's business has expanded, adding multiple locations and different business lines, including car sales. “The loans got a little bigger each time, because he's growing,” says Nichols. “We've been helping him for about 12 years now. He started with nothing and now he has a thriving business,” which he hopes to pass on to his children someday.

The credit union’s overall performance has been strong, due in part to its high lending efficiency. Along with its excellent financial performance, the credit union offers a wide range of electronic services, such as mobile banking. It has been able to introduce new technology with the aid of grants from NCUA and the CDFI Fund. Once these services are launched, the credit union is able to sustain them with its own resources.