Ausundra walked into her local Patelco Credit Union branch seeking to open a savings account for her daughter, with high hopes given her dad’s experiences as a longtime member. While talking to a teller, she noticed a pamphlet on the desk for personal loans. Ausundra wondered if perhaps she could take out a loan to refinance her credit card debt.

Ausundra did not qualify for the personal loan due to poor credit. “I didn’t have any knowledge about credit growing up or how powerful it is, what it can stop you from doing or what it can open up. No one ever talked about it.” But she never expected that within only four months, she would be on a previously unimaginable path toward financial health and success. “I didn’t have a full picture of what I was facing until I walked into Patelco Credit Union.” 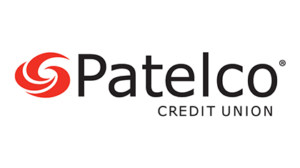 Ausundra’s debt began to accrue in her 20s when she was bombarded with credit card offers.  It was compounded by domestic violence, which resulted in thousands of dollars of property damage. Without rainy day savings, she was forced to turn to credit cards to cover the cost of repairs.

“I was already not making payments on the debt I had, and it just kept accruing. That’s when I started to feel like I was drowning and like there was no way out of this.”

When explaining why she didn’t qualify, the Patelco Credit Union associate told her about the credit union’s financial coaching program. Soon, Ausundra’s goal shifted away from the personal loan:

“It became about finding financial healthiness and digging myself out of the hole I was in, starting from the smallest thing one by one.”

Ausundra and her financial coach, Danielle, reviewed her credit score, spending patterns, and financial goals. She has stable income from her job as a benefits manager for a security firm, but working full-time as a single mom has left her with little time or energy to organize her spending or tackle her debt.

Her sessions with Danielle provided time and space to figure out where her money was going and which financial products were working in her best interest. “I didn’t feel judged at all. That was the most exciting thing—that there was no judgement, just motivation.”

Soon, every extra dollar went to paying down debt. “We had a goal for each debt I wanted to conquer. My smallest bill was $79, which was in collections. When I paid that off, it felt so good it motivated me to pay off more, faster. We came up with a timeline of a year to pay off everything—I’ve already knocked out 3 or 4 of my debts in only 3 months.” Between January and April 2021, Ausundra’s credit score went up 89 points.

Before she met her financial coach, “I felt defeated and I didn’t see any way out of the situation. Danielle showed me that there was a way out. Everything we talked about accounted for what I felt I could do financially as a single mom. I felt very good just after that first meeting, I felt like I could see a light at the end of the tunnel.”

While Ausundra is thankful to her dad for recommending Patelco Credit Union, her mom and brother thank her for inspiring them to take control of their own finances. “My mom told me that when I started to build my credit, it motivated her to start looking at her own credit. She has since downsized her living situation so she could pay off all her debt. And my brother started asking me for advice on credit cards and is thinking before he acts when it comes to his finances. He now has an 800-point credit score at only 23 years old. Seeing my journey has motivated him and now he knows he can ask me for help.”

Today, not only does Ausundra have savings accounts with Patelco Credit Union for herself and her daughter, she also has a checking account and a Score-Up secured loan to continue building her credit. Ausundra is focused on finishing paying her debt and contributing to her savings accounts, motivated by her goal “to send my daughter into the world with some kind of financial backing. And if I ever find myself in a bind again, I want to be able to get myself out of those situations without falling deeper into debt.” In the long-run, her goal has always been to buy a home and “live in a community with my daughter, where she could play outside and feel safe.”

“I’m very thankful for Patelco Credit Union and Danielle’s help. She’s educated me so much on finances. It changed my life and my way of thinking about finances. Even though you’re gonna have obstacles, keep going. In the end it will work out.”