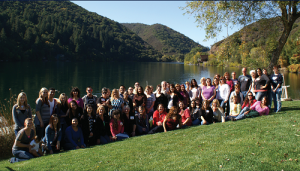 The Staff of Mendo Lake CU

For Mendo Lake Credit Union in Ukiah, CA, knowing their members’ needs was at the heart of their certification process. The credit union, which currently includes four branches serving 25,000 members in two counties of Northern California, pursued certification in 2005 because of the growth they were experiencing.

Mendo Lake operates in Lake and Mendocino counties, extremely rural areas where many members regularly commute to other counties like Napa, Sonoma, and Humboldt. While many of the long-term members are educators, a significant proportion of the members are lower income individuals including seasonal agricultural workers. Mendo Lake has used their CDFI grants to develop and expand products and services for these lower-income members, with free checking accounts and low cost auto loans among the credit union’s most popular products.

Mendo Lake became certified in 2005, was awarded the first of three Financial Assistance grants in 2006, and has received a total of $4.9 million in CDFI grants since certification. These grants helped Mendo Lake to nearly triple in size, adding more than $100 million in total assets and increasing loans by $42.4 million. According to Richard Cooper, the CEO of Mendo Lake, CDFI certification facilitated their ability to “[find] a niche with little competition.” The CDFI awards have strengthened Mendo Lake’s capital base and allowed the credit union to offer loans for new and used cars to members with greater flexibility. Underwriting for these loans focuses less on an applicant’s credit score or proof of income, forgoes the application fee, and is often tailored to first-time buyers, as well as buyers of less expensive older used cars. 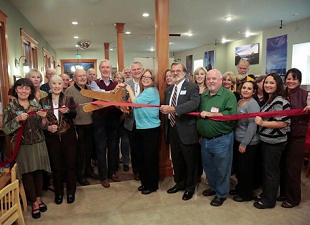 Ribbon Cutting for a New Branch

Mendo Lake’s commitment to community development finance is also recognized by a 2012 California State Governor’s Award for Volunteering and Service as well as the California/Nevada League’s Desjardins Youth Financial Education Awards program, which in 2013 recognized the credit union for their financial literacy classes created for elementary, high school and college students.

The leaders of Mendo Lake Credit Union believe that CDFI certification is an obvious choice for all credit unions that serve low- and moderate-income people. Certification provides an opportunity to obtain grant funding that increases net capital so the credit union is better able to serve as many members with as much flexibility as possible. CDFI awards have provided Mendo Lake with a necessary capital cushion. In the words of CEO Cooper, “we wouldn’t be here without CDFI funds”.