On February 23rd, Inclusiv will celebrate Black History Month by introducing our members to an organization supporting Black CDFI leaders. Special guests from the African American Alliance of CDFI CEOs will share the organization’s history, mission, the impact their members are having on the outcomes for African Americans in underserved communities across the country, and new reports and tools they have developed such as the African American Equity Scorecard. We will also hear from Stepping Stones Community FCU, an Inclusiv member who is a member of the Alliance on how the work of both organizations is complementary. 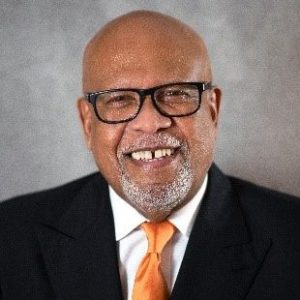 Lenwood Long, Sr., President/CEO, African American Alliance of CDFI CEOs
Lenwood V. Long, Sr., is the President/CEO of the African American Alliance of CDFI CEOs, a coalition of CEOs of Community Development Financial Institution (CDFI) loan funds, credit unions, and venture capital funds representing all 50 states and the District of Columbia. Alliance members are united in their commitment to social and economic justice for African American communities. Lenwood has more than three decades of experience in community economic development, human resources, and business management.
He is the founder and president of the consulting firm BV&L Associates and has previously held positions as the president/CEO of Carolina Small Business Development Fund, the Minority Affairs Assistant in the office of former North Carolina Governor James E. Holshouser, and the Chief of Staff for former congresswoman Eva M. Clayton. He has a Bachelor of Science in Sociology from St. Augustine’s University in Raleigh, NC, a Master of Science in Urban Administration from Georgia State University, and specialized training from programs including Harvard University Kennedy School of Government’s Executive Education Program. He is also a recipient of The Order of Long Leaf Pine by the Governor of North Carolina, a recently retired Senior Pastor Emeritus of New Bethel Baptist Church in Rolesville, NC, and a United States Army Veteran. 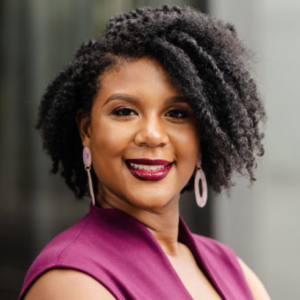 Amber Bond is the Senior Project Director for the African American Alliance of CDFI CEOs where she serves as a strategic thought-partner responsible for providing direction and management oversight of multiple key program initiatives and departments. As Director she develops customized project management plans to oversee programs and initiatives critical to the AAA’s strategy. 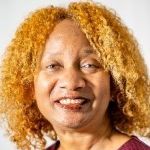 Blanche L. Jackson is currently the CEO of Stepping Stones Community Federal Credit Union, with the primary responsibility of overseeing the day-to-day operations and implementing products and services that are needed to provide financial stability in the city of Wilmington. She has been the mentor of Stepping Stones since 2009 and instrumental in its chartering in 2011. She was the Executive Vice President of the Delaware State Police Federal Credit Union, where she was employed for 20 years. At DSPFCU, she managed the day-to-day operations and was responsible for the areas of lending, operations, information technology, human resources, and compliance. She is a Certified Credit Union Executive through CUES and a certified credit union compliance officer with the National Association of Federal Credit Unions. She holds a degree in finance.