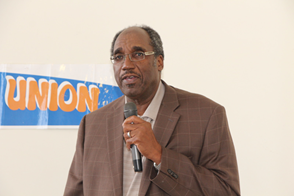 Councill Federal Credit Union views education as a top priority, according to Rufus Gilmore, manager of the credit union located in Huntsville, Alabama.

“Without education, our people won’t get to use their own money effectively,” says Gilmore, who has been working with the credit union in a variety of capacities since 1976. “Above everything else, we need to educate them on how to save so that they can develop wealth.”

Education is not only at the heart of Councill’s work: it has been ingrained in the foundation of the credit union since it was established in 1954. Located on the campus of Alabama A&M University, Councill Federal Credit Union serves university faculty and staff—with most of its members coming from the maintenance department and secretarial staff. The credit union was started by the administration of what was then Alabama A&M College to meet the needs of its primarily African American employees who were unable to access loans from traditional banks, and who continue to face these challenges today. 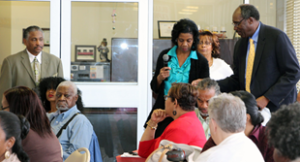 Because of its connection with Alabama A&M—a historically black college—95% of Councill’s members are African American, many of whom have never received effective education on financial health.

“Black people tend to not talk about money,” Gilmore explains. “In most black homes, investments, stocks, savings—that’s just not a discussion. Most of the time they are just trying to make it to the next pay day.”

The team at Councill Federal Credit Union understands that, but their goal is to change it.

“I’ve always taken it to heart that we need to talk to our people about the financial world,” says Gilmore. “They may not be able to save a million dollars, but they’ll do better if they budget and spend money wisely. That’s what drives me.”

To that end, the credit union continuously creates opportunities to talk to the community about money, interest rates, and credit scores. This includes an understanding of the cycle of debt that can happen when an individual gets tied up with payday lending shops, which thrive on almost every corner in the area.

“People get trapped—some have two payday loans going at the same time and they don’t understand that they are just throwing their money away,” Gilmore explains. A safe and fair alternative to payday loans is Councill’s short-term loan. Members can only take out one short-term loan at a time, with interest capped at 28% as directed by the federal government. “If they need to borrow again, they can do that,” Gilmore says. “But it shows them that the loan can be paid out—that there is an end to the cycle.”

Councill knows this education works best when started early. The credit union regularly visits dorms, classrooms, and campus events where they discuss the importance of financial education, including budgeting, credit, and even retirement. 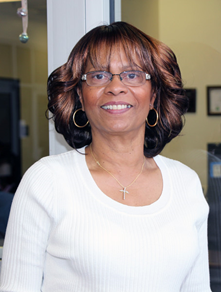 For over 30 years Ms. Sadie has been an employee of Alabama A&M, and a member of Councill for almost as long. When, almost three decades ago, her late brother recommended that she join the credit union, Ms. Sadie brushed off the idea.

“At the time I was right out of school and was working in the university cafeteria and I didn’t have much money,” recalls Ms. Sadie, who now has a position in the library. “He told me to open a savings account—even if it only has five dollars in it, it’s a start.”

She continued to put a little money in at a time and as it grew, so did her confidence that she could save. “I knew the credit union was a safe place to keep my money and that if I ever needed it, or needed any help, I could find it there,” she explains. Councill also approved a loan for Ms. Sadie’s first car. She felt a sense of security knowing it was a safe loan and a good financial decision.

In turn, it is important to Ms. Sadie that she gives back to the credit union that has done so much for her. She has served on the supervisory committee and is always quick to recommend to people that they become a member of Councill. Even if they only start with five dollars, just like her late brother advised her. When she retires—which she hopes to do in the next year or two—Ms. Sadie said she is keeping her money where it belongs: at Councill Federal Credit Union.

Similar to Ms. Sadie’s experiences, Ms. Jacquette is also a longtime employee of the university and currently working in the library. She first joined Councill because she liked the idea of supporting a credit union associated with a historically black college.

“I’ve always had money at other places,” Ms. Jacquette explains. “But having money at an HBCU credit union means even more—it makes me feel proud.”

Ms. Jacquette says that she likes having savings tucked away at Councill because it gives her a safe feeling, and because it is also “out of sight, out of mind” to avoid temptation. Being a member of Councill has been a lifesaver—according to Ms. Jacquette—when she has run into unexpected medical, home and car expenses. “Being a member has empowered me, taught me how to budget, and to become conscientious of my savings. It has really meant a lot.” 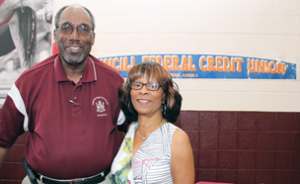 Gilmore is pleased with how receptive members are to the credit union’s efforts and is optimistic that the Councill and Alabama A&M community has a promising future. But he says there is still a lot more that Councill can accomplish.

“In order for our people to get ahead—to increase their lifestyle—they need to know how to use their money effectively,” Gilmore explains. “They understand what we are teaching, but nobody has ever talked to them about this before. We need to keep letting them know that they can improve their lives by increasing their credit.”

One way the credit union intends to continue spreading its mission and financial education efforts is by developing a website. Councill recently received a $12,500 Resilience Fund grant from Inclusiv. Part of that award will go toward the creation of a website to increase awareness of the credit union’s services and to become more easily accessible.

Councill also plans to use the award money for emergency loans to alleviate financial issues due to the global pandemic, as well as fee waivers, payment forbearance, and—of course—more financial education and counseling.

“It would be hard to pick just one way Inclusiv has helped us,” Gilmore says. “As a small credit union, we just don’t have the resources to do the things larger credit unions can do in their communities. Inclusiv helps us get there.”