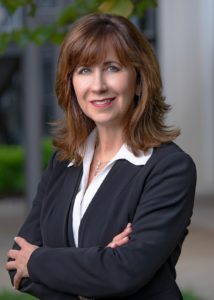 Caroline Willard is the President and CEO of the Cornerstone League, one of the largest and most influential trade associations in the country. Caroline has extensive experience advocating for credit unions and the vital role they play in our communities and our economy. Before joining the Cornerstone League, Caroline was Vice President of Markets and Strategy at CO-OP Financial Services and held leadership positions in the credit union movement in California.

Caroline has led the Cornerstone League during one of the most challenging periods in American history: a public health and economic crisis that has left communities reeling, highlighting the importance of credit unions and their work as financial first responders.

Under her leadership, the Cornerstone League moved aggressively to address the challenges posed by the pandemic, supporting their member credit unions and communities.

Talk to us a bit about the Cornerstone League—its history, members, and legacy.

The League recently went through a rebranding process. Could you share more about the process and what it means for the League?

We dropped “credit union” from the branding because it is not needed. There are a few reasons why we came to this conclusion. Cornerstone has reached a level of prominence and esteem within the industry, both nationally and regionally, so that we don’t need to specify “credit union” for people to know who we are. Visually, it’s more powerful to use as few words as possible. It’s easier to navigate an organization as complex as ours when it’s presented as simply as possible. Also, there are many organizations that use the name "Cornerstone"—in dropping “credit union” from our name, we are distinguishing ourselves as not just one of many Cornerstones but the Cornerstone.

The pandemic has been particularly hard for low-income people and communities of color. Could you provide us with some examples of how credit unions in your footprint have responded to the needs of their community?

Additionally, Border FCU activated additional staff to assist members—many of whom were accustomed to conducting transactions in the lobby—now going through the drive-thru for the first time. The credit union collaborated with county commissioners and the Southwest Food Bank to give out $75 to $100 in groceries to families throughout the year. Border FCU also helped three families in need across the border with food, supplies, and blankets, and did giveaways for area teachers, donating $10,000 to help provide students with computers.

In Oklahoma City, True Sky Credit Union donated $2,000 to pay rent and utilities for a Black-owned bookstore that was facing eviction. The credit union also donated an additional $500 to purchase books that were given out for free to children who visited the bookstore during Black History Month.

As the pandemic nears its end, could you reflect on the challenges that your member credit unions faced and how the League helped them overcome it?

Cornerstone League members faced the daunting task of safely ensuring business continuity during a global health crisis and as their trusted advisors, it is our responsibility to help guide our members through this time. We developed a customized membership dues solution to reduce the impact of the run-up in assets caused by the consumer flight to safety in 2020. At the onset of the pandemic, we created a Pandemic Response Committee, comprising of Cornerstone leaders who initially met every day to discuss member strategy and response. We also created enhanced communications, such as a Pandemic Resource Page on our website, a supplemental publication to keep members apprised of COVID-19-related developments, and a video thanking credit unions for their essential role in the community.

Why should credit unions aspire to serve the underserved, particularly Hispanics and immigrants?

In aspiring to serve the underserved, credit unions are honoring the very principles upon which they were founded. Credit unions need to support the communities in which they do business. Also, credit unions have long been a great choice for new U.S. residents, who might need a little help in establishing credit in their adopted country.

The Cornerstone League was the founder of Inclusiv/Juntos Avanzamos and one of the trailblazers when it comes to financial empowerment for Hispanic communities. Could you elaborate on the importance of the program for credit unions and your partnership with Inclusiv?

Is there an opportunity to widen the advocacy base for credit unions by connecting with elected officials both at the state and federal level?

Absolutely. Our elected officials reflect the communities they serve, so in communities with high Latinx populations, you’ll see that correlation. When we met with lawmakers during the recent CUNA GAC, they all wanted to know what credit unions were doing to tailor their offerings to the local needs.