CDFI Credit Unions are Embedded in The Community

CDFI Credit Unions are Embedded in The Community 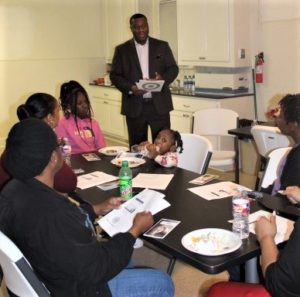 The Faith Fund is a 501(c)(3) nonprofit partnership between Catholic Charities of the Diocese of Baton Rouge, MetroMorphosis, New Orleans Firemen’s Federal Credit Union (NOFFCU), and Our Lady of the Lake Regional Medical Center of Baton Rouge.

The mission of The Faith Fund is to help individuals and families better manage their money, escape predatory lending, and achieve financial stability. NOFFCU believes that by pairing coaching and the right financial product mix, they can empower people to achieve their financial dreams.

By planting the seeds of financial awareness through education, NOFFCU helps individuals break out of downward economic spirals.

In 2020 alone, The Faith Fund has generated over 398 loans in the amount of $882,199. The savings in interest rates and fees alone translates into $2,645,597 in savings. In terms of economic impact, that nearly one million dollars in money saved is an immediate injection back into families' bottom lines.

NOFFCU has also been able to unveil additional opportunities to help members of The Faith Fund save money. They established a RIDE SMART loan that enables members to get a reliable vehicle at a competitive rate.

A distinguishing feature of the RIDE SMART loan is that it had a savings feature attached. This allows for members to accumulate an emergency fund in case the vehicle needs repair or maintenance. Since inception in 2018, NOFFCU has made over $7.3 million RIDE SMART loans. The dollars saved in interest through RIDE SMART is more than $11 million.

New Orleans Firemen's has ramped up staffing and is ready to provide The Faith Fund services to a larger public audience and an entirely new segment - nearly 17,000 workers.

Back in April 2020, James Hunter, then the Director of Real Estate Lending at NOFFCU, met a woman named Angela. She had reached out to The Faith Fund for help with four payday loans. She had been a victim of flooding and had taken out several loans to help fix up her mother’s home. Later that year, her mother passed away and Angela had to take out another loan for funeral expenses.

Angela found herself in a ton of debt. The only other place she knew to turn was to payday lenders. It started with one loan that quickly spiraled into four. When Angela heard about the Faith Fund, she knew it was a blessing. NOFFCU gave Angela a Freedom Loan and helped her get out of this horrible cycle. Unfortunately, her troubles were not over.

In June, Angela contacted Mr. Hunter and told him that she had to surrender her vehicle. Her car payments were $630 a month. She was trying to catch up on her payments, but the monthly payment was so high that she could never get caught up. Late fees were eating her alive. Angela and Mr. Hunter had previously discussed refinancing her vehicle back in April; now, Angela was upside down by almost $10,000.

Mr. Hunter quickly called Kathy Breaux, NOFFCU's Consumer Lending Director, and explained Angela’s situation. They discussed an amount that Angela could afford, and he submitted an application for a pre-approval. The loan was approved!

Laurie Lesseigne, from NOFFCU's Financial Inclusion department, began helping Angela look for a car. After a few days, they found the right vehicle. NOFFCU was able to finance a 2018 Hyundai with a monthly note of $420.