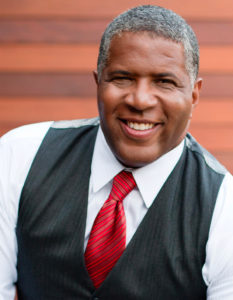 Robert Smith is one of the most successful businessmen and investors in the country. Many are also coming to know Mr. Smith in recent years because of his philanthropy, impact investing, and activist role within the business community, leading the charge to get corporations and government to work on bridging the racial wealth divide.

"The most effective way to drive capital and help communities of color is through a 'capillary banking system' - the CDFIs and MDIs - because they actually know the customers, are in the neighborhoods, and have the contacts. They are the principal providers of economic capital into these communities. But many of them didn't have the modernization capacity in their infrastructure and the capital, even though they had the wherewithal and the knowledge. We've gathered a number of allies - including Inclusiv, federal government legislature, the executive branch, and technology providers such as Finastra and Microsoft - to bring solutions and work as a team to make America a better and more inclusive place for access to capital."