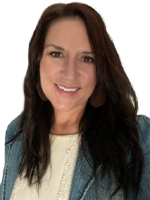 Carma Parrish is CEO of NorthPark, a $46M LID and CDFI community credit union in central Indiana. She believes in the grassroots of small credit unions with a mission and passion for serving the underserved. Taking over a failing credit union in 2015, Carma was faced with the need to reallocate staff resources towards income generation. This, along with the very favorable input of her LID advisory board, prompted Carma to transition her credit union to be the first and only 100% virtual credit union in the nation, for both membership and staff. Today they are prospering with strong income, double-digit new loan volume growth, and the ability to hire for talent without geographic limitations as seen with nearly 25% of her staff living out of state. Carma is a regular guest speaker on how being virtual is a viable strategy of serving the underserved and a way for small credit unions to not just survive but thrive.