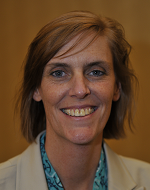 Cathie Mahon has led Inclusiv since 2012, overseeing a period of dramatic growth and expansion of the organization and network. She is committed to the Inclusiv mission of promoting financial inclusion and building more inclusive economies through community owned and controlled financial institutions.

Mahon previously served as Deputy Commissioner at the NYC Department of Consumer Affairs where she started and led New York City’s Office of Financial Empowerment (OFE). NYC’s OFE was the first local government initiative in the nation with a mission aimed expressly at helping to educate, empower and protect low income residents to help them make the most of their financial resources. Mahon was a co-founder of the Cities for Financial Empowerment Coalition and Fund and remains an active Board member.  Mahon has worked as a consultant on issues of community development, financial empowerment and asset building.  She was the founding coordinator of the Asset Funders Network and served as a lead researcher for the Aspen Institute Economic Opportunities Program. She learned about credit unions and CDFIs first as an intern at Self Help Credit Union and then as a Program Officer and then Director of Policy and Program Development at Inclusiv. She has served on the Boards of the Lower East Side People’s FCU and Transfiguration Parish FCU. Ms. Mahon earned a Bachelor’s Degree from Duke University in Durham, NC and a Master’s of City Planning from the Massachusetts Institute of Technology.