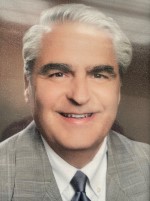 After many years working as a professional serving credit unions, Tim Smith joined the movement. Since 2011, he has served as Senior Vice President-CFO and Treasurer of Workers Federal Credit Union. He led the team that began the credit union’s journey to becoming a low-income designated credit union, starting in the fourth quarter of 2014 and achieving the designation in April 2015. Less than six months later, Workers Federal Credit Union began working on the CDFI designation and received the certification in July 2016. Workers has been active in making an impact in its community over the past five years.

In recent years, Workers has centered strategy and operations on the financial health and wellness of members, and Tim has recently become a proud member of the DE ranks. All Workers frontline branch personnel have been trained by the National Financial Educators Council as Certified Financial Education Instructors (CFEI) and most have also been trained as Certified Personal Finance Consultants (CFPC). Tim has also added these certifications to his resume. As well, he is the Chair and prior Vice Chair of the United Way of North Central MA and Chair of the Sizer School Foundation.

Tim enjoys leading 3-4 Workers teams a year on Habitat for Humanity volunteer build days and is active in numerous charitable organizations. He maintains his CPA License and is a proud alumni of the Bauer College of Business at the University of Houston with a BBA in accounting and a MBA in Finance. He currently lives in Franklin, Massachusetts with his wife, two children, two dogs, and 7 chickens—names available upon request.