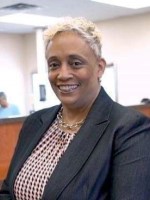 As Founder and CEO/Treasurer of the Toledo Urban Federal Credit Union (TUFCU) in Toledo, Ohio, Suzette Cowell has over 44 years of experience in the financial arena. Cowell has been a staunch supporter of the 4,484-member community development institution. She has spent the last 25 years of her career working to grow TUFCU, Toledo’s first community development credit union (CDCU) in Northwest Ohio, into the $13 million institution that it is.

The birth of the credit union was the vision of Cowell's pastor, Bishop Duane C. Tisdale, of Friendship Baptist Church. Cowell, with the assistance of Congresswoman Marcy Kaptur of the 9th District, agreed that a CDCU would be best for the Central City community. Partnerships were formed with several others who came together to research the concept for starting the pioneering venture, and their dreams were realized when, in 1996, the institution was chartered.

Known in her community as a woman of unshakeable spiritual faith, Cowell has seen the credit union through good and bad times. To save the institution, through challenges of current economy, Cowell has enlisted the support of her church family, the community, and her A-list of powerful and growing friends to unite to keep the dream of Toledo's first-ever CDCU afloat.

Under Cowell's fierce leadership, the collective wealth of the predominately African American Central City was realized as vibrant and strong enough to support a credit union. As a result, Toledo Urban has spurred a plethora of economic development in the community.