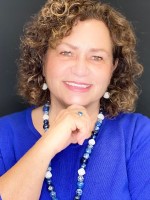 Kathy Chartier became the first full-time employee of Members Credit Union (Members), formerly Greenwich, Connecticut Teachers Federal Credit Union, when she took the position of manager in 1987. The credit union, under her leadership, has grown from a $7 million teachers credit union to a full-service $40 million CDFI, serving not only teachers but the underserved in Fairfield County, one of the wealthiest communities in the United States. Members is a LID, Juntos Avanzamos, and CDFI credit union, with programs, services, and financial education to serve membership and help Latino, immigrant, and low/modest income population to improve their financial position in life.

Kathy’s credit union involvement extends well beyond Members. She has been involved in the Credit Union League of CT in many capacities for most of her career, including serving on the league board for over 20 years (7 as chairman). She serves on the Board of Credit Unions Building Financial Independence and was instrumental in beginning Connecticut’s award winning financial reality fairs, which have reached more than 36,000 high school students in the state. She is currently Chair of the CUNA Awards committee.

She is an International Credit Union Development Educator (I-CUDE) and has mentored credit union leaders in the United States, Caribbean, and Africa DE programs. She has participated with WOCCU and presented to credit union organizations in the Caribbean, Philippines, Russia, Peru, Ecuador, and Guatemala. She is a board member of American Friends of Kenya, which works to raise the standard of living in Kenya by supplying library books and medical supplies and supporting networks.

Kathy’s career has been built around her passion for service and helping others improve their lives, starting with her credit union members.