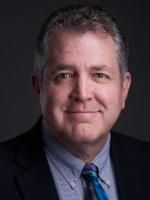 Ivey has over 30 years in the financial industry, working at large regional and small community banks, as well as a large credit union prior to joining River City in 2018. He is a graduate of Baldwin-Wallace University and received his MBA from the University of Washington.

Jeff and his wife Janice are also court-appointed child advocates with CASA in San Antonio, working with children that are under Child Protective Services custody due to abuse and neglect. Jeff is a Board Member with the San Antonio LGBTQ Chamber of Commerce and serves on the United Way’s Partners for Community Change.