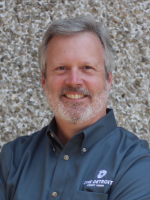 Since becoming CEO in 1991, Hank Hubbard has focused on expanding 1DCU’s presence in the community and growing the credit union’s product offerings, with an emphasis on financial empowerment and inclusion.

Among his recent innovations are an auto loan bailout, which later became Refi My Ride, a loan refinancing program that has saved Detroiters more than $5 million on their auto loans by slashing interest rates in half. Another is My Pay Today, which is a payday lender alternative that saves members over $1 million/year in fees.

A leader in the industry, Hank is the recipient of numerous awards for leadership and service, including the 2014 Martha G. Scott Community Leadership Award, the MCUL 2014 Distinguished Service Award, and the MCUL 2013 International Credit Union Development Award. He was also awarded the Change Leadership Award by Detroit Rescue Mission Ministries in 2015 and received the President’s Volunteer Service Award in 2006.

Hank has a Bachelor’s degree in Economics from Bucknell University in Lewisburg, PA, and is a Certified Credit Executive.

Hank and his wife, Monica, live in Grosse Pointe, MI and have two adult daughters, Clare and Kitsi.