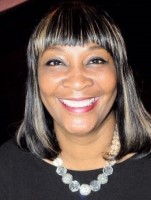 Gloria began her career as a teller and quickly rose to Branch Manager and Senior Loan Officer. Gloria was the Senior Vice President of Lending at Faith Community United Credit Union (FCUCU) in Cleveland, Ohio for 25 years. At FCUCU, she created and implemented the First Alternative to Payday Lending Loan product. Gloria partnered with the SBA in Cleveland, Ohio to offer and approve small business loans to borrowers with less than perfect credit.

Gloria played a major role at GCCCU with the expansion of the field of membership countywide, several new programs, and other initiatives of growing a stronger and heathier credit union. She has a proven executive management track record with over 25 years of experience driving loans and mortgages growth in the credit unions industry. She has traveled around the United States to other credit unions conducting training classes in consumer and real estate lending. Gloria has also attended many industry trainings including those offered by Consumer Lending School, National Federation of Community Development Credit Union, NCUA, CUNA Mutual Group, and the Ohio Credit Union League.

Gloria holds a Bachelor of Science Degree in Business Management from Chancellor University.