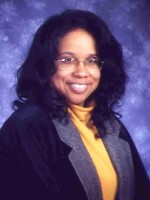 Dr. Joronda Crawford is a board member and the secretary of the supervisory committee for Israel Methcomm FCU. She is also the president of the Faith Based Credit Union Alliance in Chicago.

She has been extremely busy since her retirement of 33 years as an educator, which included being a teacher and principal. In the community and beyond, she and her husband Dr. Hiram Crawford have volunteered and taught classes on money management at a local high school.  They teach a weekly computer course at Pacific Garden Mission, a homeless mission that was founded in 1877.