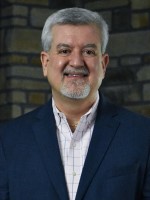 David is the Executive Vice President of Park Community Credit Union and has been with Park since 2015. As the Executive Vice President, David has overseen lending, finance, collections, compliance, enterprise risk management, audit, and community development. David works closely with the executive team to lead the 82,000-member Park to fulfill its mission of providing fair and affordable products and services regardless of socio-economic status or geographic location. David currently leads Park's CDFI efforts and in developing state and industry-wide partnerships and long-term strategic initiatives.

Several years ago, David began working with other teammates to establish a sister 501(c)(3), Nspire-A Park Community Initiative; he is now a Board member. In 2019, David led the successful effort of Park becoming the first and only CDCU in Kentucky. In 2021,  he led the effort to establish a new division of Park, called OroWa Financial, in partnership with the largest African American denomination in Kentucky to serve Black and historically underserved areas across the state.

David sits on several community boards, including advisory boards for three college programs, a small CDFI loan fund based in Eastern Kentucky that promotes local business and job opportunities in central Appalachian communities, and Russell: A Place of Promise, which has the goal of Black wealth building. He has been recognized for his work with various awards, including Business First's 20 People to Know in Banking, Rotarian of the Year, Chamber of Commerce Citizen of the Year, and Visionary Award.