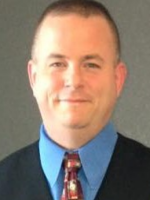 Growing up, Terry Sloan's family followed his father from duty station to duty station while he was in the U.S. Army.  This gave Terry a unique world view, one which he has been proud to bring to rural and underserved areas.

His family settled in Shawnee, OK when his father retired, and Terry received his bachelor’s degree from the University of Central Oklahoma. He met his wife in Ada, OK, and they have just celebrated their 25th wedding anniversary. The couple has one son, who is carrying on the family's military tradition, and three daughters, who have made it their mission to give their father gray hairs. Terry has one granddaughter, who has quickly become his favorite child.

On August 15, 2016, Terry was named the CEO of Rocket Federal Credit Union in McGregor, Texas. He was selected for this position after serving as CEO of Liberty Bell FCU and CLO of Teachers Credit Union, both in Oklahoma. In the last five years, Rocket FCU has doubled their assets from $15 million to $31 million, received a FOM expansion from 12 miles from the local post office to a four-county radius, and received CDFI certification. The credit union is very proud of their community efforts and place a high priority on the underserved.

Terry believes it is the mission of every credit union (especially CDCUs) to become the champion to those that the financial world has deemed undesirable and to become the helping hand that many people need to have their dreams become reality.