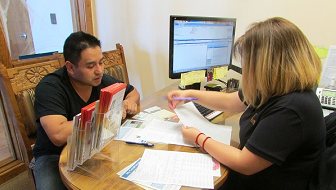 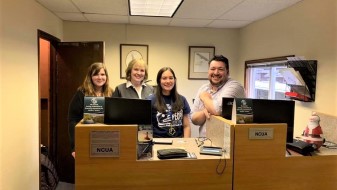 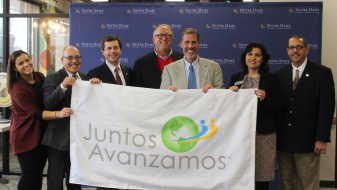 NEW YORK, NY (February 6, 2019) — This Black History Month, Inclusiv (formerly known as the National Federation of Community Development Credit Unions) and the African-American Credit Union Coalition (AACUC) have joined forces to celebrate African American credit unions in a social media campaign that illustrates the impact of credit unions on their members and communities.

Inclusiv and its network of community development credit unions believe that true financial inclusion and empowerment is a fundamental right. Inclusiv is dedicated to closing the gaps and removing barriers in financial opportunities for distressed and underserved communities by providing capital, making connections and building capacity, developing innovative products and services for CDCUs and working to transform local progress into lasting change at the national level.

“Inclusiv was organized over 40 years ago by primarily minority credit unions, and these institutions continue to serve a critical function today, acting as a force for economic empowerment and inclusion within communities traditionally excluded from accessing safe and affordable financial services. African American credit unions are, and will continue to be, some of the best tools we have to strengthen our communities and fight back against the growing divide of income inequality and the racial wealth gap,” said Cathie Mahon, Inclusiv President/CEO.

“There is no better way to encourage economic wealth and savings for the underserved than minority credit unions serving members and educating surrounding communities.  It is imperative that African American credit unions’ efforts are acknowledged, celebrated and replicated,” said Renee Sattiewhite, AACUC Executive Director.

The impact stories that the Federation and AACUC will be sharing on Facebook, LinkedIn, Twitter and Instagram are designed to increase the visibility of African American credit unions within the credit union industry, communities of color, the community development finance sector and legislators. Find the first post today on Facebook, LinkedIn and Twitter, featuring members of the On the Rise Financial Center in a recent interview with the local NPR affiliate, 90.1 FM WABE. The Center is an Inclusiv initiative, which, in collaboration with credit union partners 1st Choice CU, BOND Community CU, Credit Union of Atlanta and Peach State FCU, promotes financial inclusion in Atlanta’s historic Westside. Be sure to connect with Inclusiv on Facebook, LinkedIn and Twitter to follow the campaign, which will be posting updates tagged #BlackHistoryMonth all month long.

At Inclusiv, we believe that true financial inclusion and empowerment is a fundamental right. We dedicate ourselves to closing the gaps and removing barriers to financial opportunities for people living in distressed and underserved communities. Inclusiv is a certified CDFI intermediary that transforms local progress into lasting national change. We provide capital, make connections, build capacity, develop innovative products and services and advocate for our member community development credit unions (CDCUs). Inclusiv members serve over eight million residents of low-income urban, rural and reservation-based communities across the US and hold over $92 billion in community-controlled assets. Founded in 1974, Inclusiv is headquartered in New York, NY, with offices in Madison, WI and Atlanta, GA. For more information about Inclusiv visit us at Inclusiv.org and connect with us on Facebook, LinkedIn and Twitter.

AACUC is a 501(c)3 non-profit organization formally established and incorporated in St. Louis, Missouri in 1999. AACUC’s goals and objectives include expanding the interest and increasing the number of minorities in the credit union movement; increasing outreach of the credit union movement in African countries and in the United States through credit union mentoring, providing scholarship programs and educational opportunities to credit union professionals and volunteers towards professional development and advancement. For more information about AACUC visit www.aacuc.org.